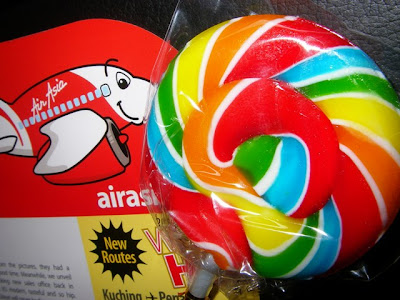 when asked what i was going to do last weekend, i replied backpacking. when asked whom i’m going with, i answered alone (boleh percaya ke?). i was met with a mixed response + i tried to leave it there, not elaborating further on the trip. 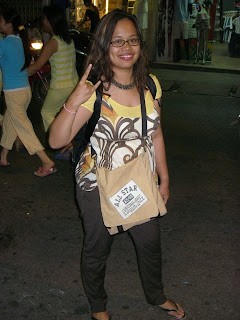 though i claimed to be a backpacker, do i look like one?

yup! the zara cotton voile top is currently my favourite. i bought it last year + wore it once to imtiyaz’s birthday. recently, i found it again + started wearing it at least once a week; i think it’s becoming like my infamous gap red slipper.

(my "wassup chicken!" looks like orang cacat still, before mummy-o + daddy-o go laughing at me, "rock on!" pun "rock on!" lah)

on saturday, i was having my lunch, when i bumped into a malaysian backpacker - zaid adam from AU 5 (taman dato' keramat, i pressumed). 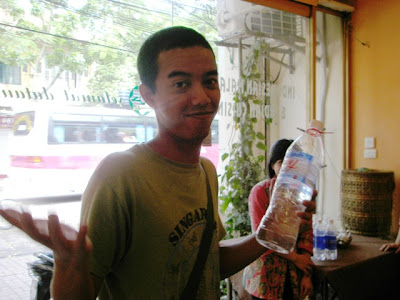 he's an architect by training + had decided to take a year out to travel. he started his solo journey from thailand, by land. he's been in hanoi for 2 months now, where he does a voluntary work (teaches english) + a part time job as a waiter in a restaurant. he was missing home, when we met. he misses having a car to drive, going to klcc. he found vietnam frustrating, "kurang ajar" he called the people. i don't blame the vietnamese, i think i understand why they behave the way they do. anyways, zaid would be leaving for china next month. enjoy yourself + safe journey, kid!

if i were to pick a picture to describe hanoi, it would be this ... 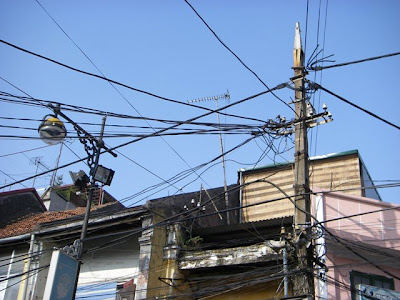 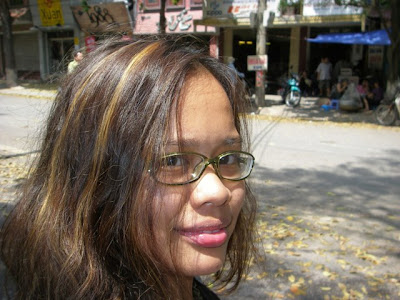 so u'r suggesting that i take year out and go backpack?

ur back? didnt know u went backpacking alone!!!

i tried backpacking once (konon2 la), to europe with tajul. in the end, i replaced my backpack with a trolley luggage coz i can't stand the weight of it. hehe. that's why it became a 'konon-konon' backpacking :P

me and this other person love your highlights!!

you're really backpacking? for how long?? very the cool..

and i love the hanoi picture - it's just perfect! (in its imperfection)

well, zaid was attached for 6 months with an architect firm to kompol his daun kering timbang kati

hence my answering the phone with "i'm still in hanoi" to cut the conversation short. :op

flew in with people i know, then i went solo ... the people i flew in with were the upper crust who loves to shop ... i, on the other hand, had another agenda

merci ... sekejap je, can't stay away too long from work