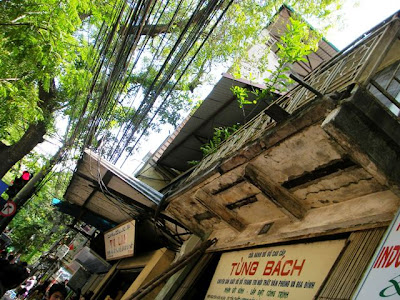 preamble: a friend from university, fahmi, once wrote, "I've known her since 1999. Maryam's drive to learn and try new things is almost unbelievable, as with the verve she has to talk about all of them - all at once! ;p A good friend, always thoughtful and rarely says no to fun."

basically, i'm giving you a warning of what's to come ... a text diarrhoea of hanoi (and i didn't delete the last bit, for the feel good factor it brings ... teehehehe!)

it was interesting that zaid appeared when he did. it's like he was sent to warn me, "hoih! jangan membazir duit tak tentu hala". :op

he told me to not pay more than USD 50 for an artwork unless i'm dealing with the artist directly + that i can find reproductions as well, USD 40 would be a fair price for them. he's got his eye on a gorgeous oil on canvas himself.

we saw loads of beautiful reproductions; from van-gogh's 'branches of almond tree in bloom. saint ramy.' to lichtenstein's 'wham!'. they were mostly 60 x 80 cm thereabouts oil on canvas. (i'm good at guessing the artist game but sucked big time at the titles ... like orang siuman mana would hafal nama paintings right?) 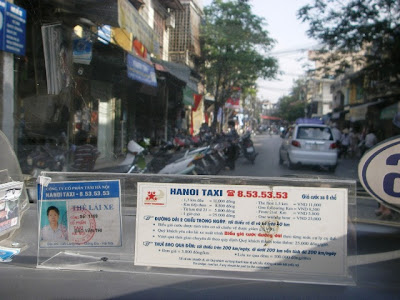 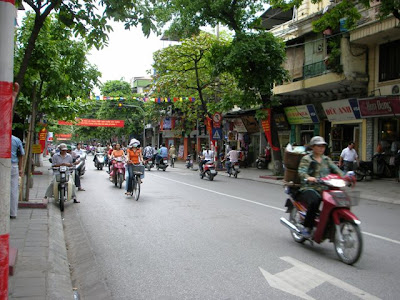 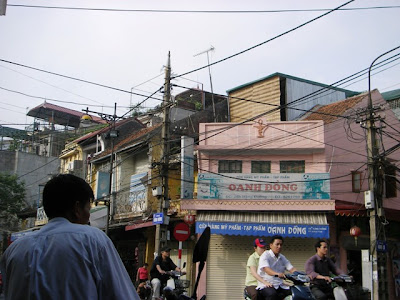 hanoi's old quarter somehow reminded me of le midi (read: southern france), but with a dash of oriental touch. while the more 'up market' area reminded me of avenue des champs-elysees (ada furla boutique summore!). i guess their architecture reflects the fact that vietnam experienced french colonialism for about 100 years and before that they were ruled by chinese dynasties for about 1,000 years.

did you ever wonder why vietnamese houses are tube like narrow + a few stories high?

well, their emperor used to charge frontage tax. therefore to minimise the tax, vietnamese built narrow houses + shop lots. what they lack in land area, they add in height. eventhough the tax had been demolished yonks ago, the vietnamese continue building narrow houses ... talking about conditioned mind. then again, looking at the quality of the structures, i'd recommend vietnamese construction workers over indonesians. 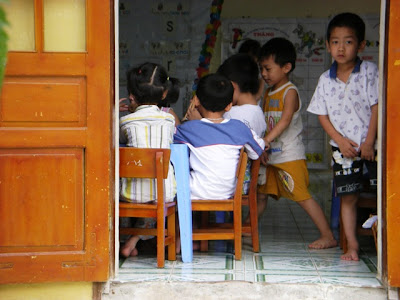 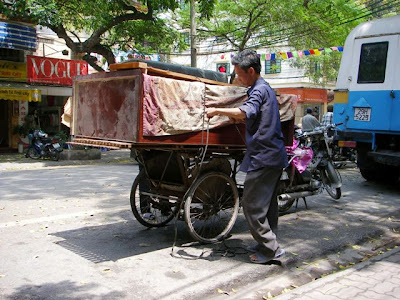 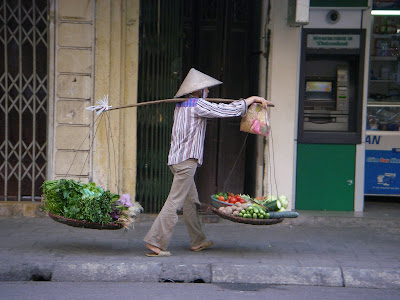 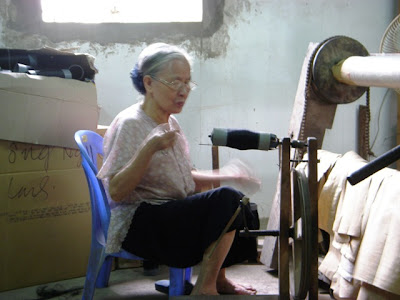 and somewhere along the line, zaid voiced out his frustration with the vietnamese. he's been around for a while to know the cost of living in hanoi but just because he's a foreigner, the asked prices were exorbitant. to me it's just classic. the way i see it, if you think they are being ridiculous, just walk (or run!!!!). no, i didn't tell him that, was there to listen.

by the way, 70% of vietnamese are atheists. the biggest religion in vietnam is buddhism, though there's two type of buddhism being practised. one is the localised buddhism, which originated from india + another localised buddhism was from china. most vietnamese muslims are in mekong delta, though there's a small community in hanoi, who are traders + restaurant operators. hence, the mosque in hanoi. vietnamese are given the freedom to practise their religion. it is common for the atheists to convert (or revert as some call it) to the religion of their partner upon marriage. 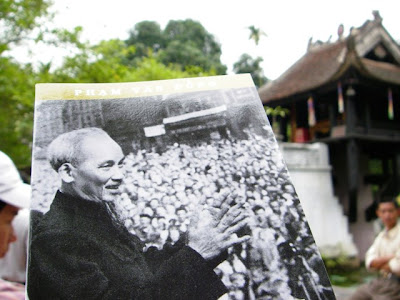 for the trip to halong bay, a guideline was imparted.

on my way to halong bay, guess what i saw + got excited over? 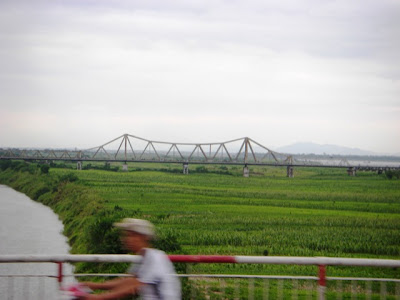 the long bien bridge over hanoi's red river, renamed so after vietnam's independence from the french colonial in 1945, which was opened to traffic in 1902 + since, pumped life into hanoi. age + its wound from war (with the americans) had meant it had to be replaced by another bridge, which construction was sponsored by the japanese government. if i'm not mistaken, the french still sponsors the conservation of long bien bridge though. why?

guess which company built the bridge?

now, guess who designed the bridge?

anyways, i leave you with jolie holland - the littlest birds

you're a nerd anyways.

welcome back...now are you wiser after the trip???

wah i learnt so much abt vietnam frm dis page.wut is this?wegra-pedia?coolness.;)

tak try shoot some AK47 ka whilst u're there?

i agree with cpms

only a real nerd can scan a room + detact another nerd. hah!

i've been contemplating over "you are who you meet".

i don't know if i'm wiser but i did a lot of learning, yes.

i did ... what's interesting, i partied with a bunch of friendly strangers.

all i want to know is.... didja shout out 'GOOOOOOOD MOOOORNING VIETNAAAAAAMMM!'?

wait til you see halong bay ... it's breath taking!

Now i wanna book a tickt. i mean now.